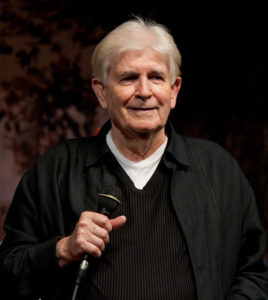 Camey Doucet was born April 4, 1939, in Crowley, Louisiana and is best know for his radio work. He began by deejaying a Saturday afternoon French music program for AM 1560 KAJN radio and made his first record while working at KAJN. From KAJN, he went to KSIG, KLVI in Beaumont, Texas, and then back again to KSIG.  Later Camey was employed at KROF Radio in Abbeville, Louisiana, where he has been for 11 years as of August 1997.

Camey has recorded several 45s, five albums and one CD. He has done some French gospel songs and has composed some new and different songs which have been popular, such as “Who stole the Pies.” Probably Camey’s best known song which touched the many hearts is “Mom, I’m Still Your Little Boy.”